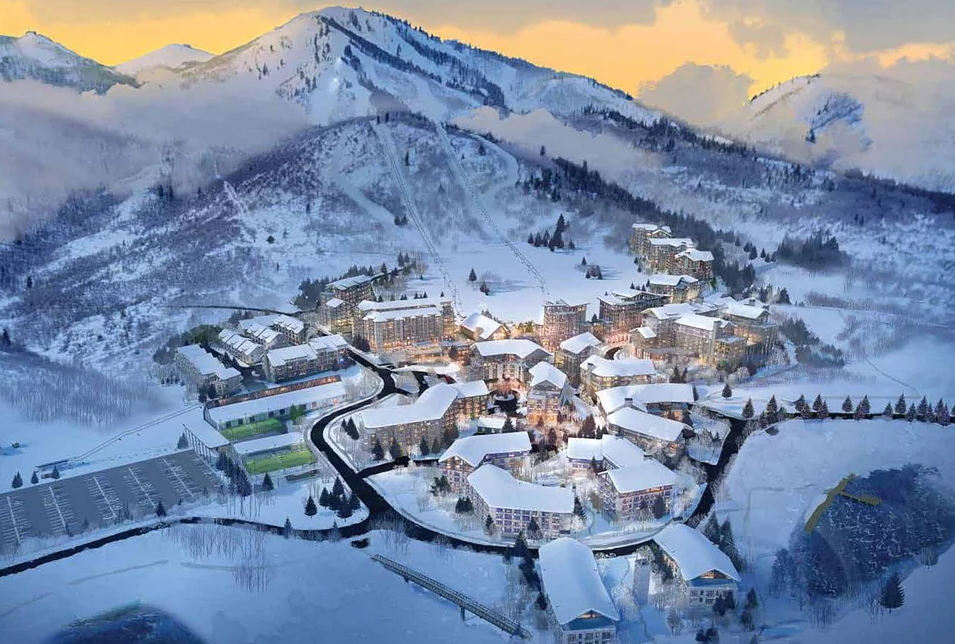 Wasatch County Council and Summit County Council met in a joint meeting last week to discuss shared issues in the region including the Extell development and transit needs.

Davis explained the complicated process where MIDA will collect the large majority of taxes from the property. MIDA keeps the taxes to improve infrastructure within their area but Wasatch County is compensated for services that they are currently and yet will provide, for example collecting trash and policing the area.

“We have received the application for the first permit for the MIDA hotel and that hotel is over $100 million I believe. We’ve just started all the reviews so far,” Davis continued. “We are providing those services and we’re being compensated for that. So, the County is receiving things back. I don’t want that misled, but we are receiving compensation for the work we’re providing. What we’re not getting are taxes that are going to come with it, we get some other amenities.”

As the area begins to be built out affordable housing is another key component of the development.

In addition to the 140 rental units, the hotels near the mountains will also be providing workforce housing, although the number of units isn’t finalized around 95,000 square feet will be made available.

Wasatch County also reported on their role as part of the Wasatch Transit Study, with Davis and his Summit County counterpart Tom Fisher exchanging similar ideas.

“I can’t get workers to work in Wasatch County, so I want buses to Orem/Provo area,” Davis said. “The ski resorts want to be able to move buses from Midway/Hebert into Park City and in between because they can’t get their workers.”

“That’s I think why we’re trying to bring this together to a degree,” Davis continued. “We recognize that we have commonality’s here that maybe working together we do a better job together then we do separately. Trying to attack these things.”

Connecting the two issues the councils talked about the creation of a transit center off the Mayflower exit in the MIDA area.

“I know there is great support from MIDA on this and we will have funding which is a great tool to have,” Davis explained. “When you have segmented funding already identified that really helps. It’s much harder when you’re pulling at the corners of your general fund or doing things like that, but we have dedicated funding. I think we have a good formula for success here.”